Text 3C. History of the Urals

The Urals is an old region. The oldest inhabited place was found near Perm on the Chusovaya. Many years ago the tribes of komi, udmurts, hanti, mansi, bashkirs lived here. The Russians appeared in the Urals in the 12th century. By the end of the 15th century Perm the Great (the name of the Urals in those times) became part of the Russian State. ‘Urals’ is a Tatar word; it means ‘belt’, ‘zone’, ‘chain’. After Yermak's expedition the Urals and Siberia penal servitude colonies and towns grew up, a road was built from Moscow passing through Yaroslavl, Veliky Ustyug, Solikamsk and Verkhoturye to the capital of Siberia, Tobolsk. The Russian tsars considered the Urals to be a very rich territory. First of all they were interested in furs.

The merchants Stroganoffs played the most important role in the colonization of the Urals. They were allowed by Ivan the Terrible to exploit vast territories along the Kama and the Chusovaya.

In the 16th century Ufa, Tyumen, Tobolsk, Verkhoturye were founded. Verkhoturye became the transit point on the way from Moscow to Siberia. The customs was organized here.

The first mineral resource found in the Urals was salt. Solikamsk became the centre of salt industry. Then iron and copper were discovered.

In 1668 precious stones were found near Murzinka. They were called ‘samotzveti’ or ornamental stones. Now the Urals ‘samotzveti’ are famous all over the world. The Ural land has left its trace in the history of Russia as the land of metalworkers and craftsmen. At the beginning of the 17th century the construction of the first metallurgical plants in the Urals began.

The first state plants were built in Kamensk, Nevyansk, Uktuss, Alapayevsk. In 1723 the first state metallurgical plant was constructed in Yekaterinburg. 1723 is the date of the foundation of Yekaterinburg – the greatest industrial centre in the Middle Urals, its capital. It may be regarded as a fairly unique settlement. It has come to the history as one of the first places of the region's development and cultivation. It served as a model of peopling of the Urals. The basis of such a system, of course, was the growth of industry. Yekaterinburg performed a double function: firstly as the administrative centre, being a residence for the government officials, and secondly as one of the strongholds in the exploration of the ‘krai’ by the Russians. 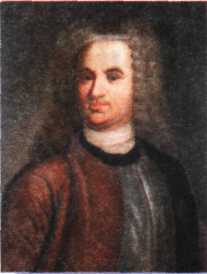 At the same time it was an industrial settlement; and the combination of the two resulted in the unique twofold structure a fortress-town. Yekaterinburg was founded by Vassily Tatishchev, the first supervisor of the Ural state enterprises, who was sent to the Urals by Peter I. Tatishchev played an important role in the industrial development of the Urals. On his initiative many metallurgical plants were constructed. 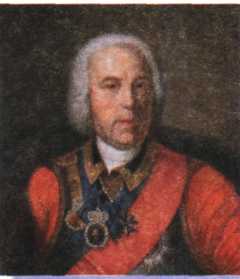 Tatishchev was a highly educated person. It was he who made an important geographical discovery. He regarded the Ural Mountains as a system that spreads from the Arctic Ocean to the Caspian Sea. He was one of the first who said that the Urals are the border between Europe and Asia. He was able to give a correct estimate of mineral resources. During his activities in the Urals dozens of maps of the Urals were made. Tatishchev was one of the first who spoke about the danger of deforestation. In 1722 he wrote the instruction about the saving of the forests. In the centre of Yekaterinburg you can see a nice monument to Tatishchev and his assistant Georg de Gennin.

In the second half of the 18th century the Urals became one of the biggest industrial centres of Russia, the centre of copper and gold industries. Mechanical engineering began to develop rapidly. Machine building enterprises were constructed in Nizhny Tagil, Perm, Yekaterinburg. The first steam locomotive was made in Nizhny Tagil in 1833.

The Ural plants gave a great deal of cast iron. In the 18th century many Ural factories made works of art from cast iron: grates, kitchen utensils, slabs. The best factory of this kind was and still is in Kasli near Chelyabinsk. At the end of the 19th century the construction of railways began. In 1878 the Ural railway connected Perm and Yekaterinburg, some years later the railway that connected Yekaterinburg and Chelyabinsk was constructed.

Years passed. Lots of new plants, factories and towns rose in the Urals. The Urals proved its leading role in the industrial life of the country during the Great Patriotic war. The whole of the region's industry and economy was geared to serve the needs of the front.

CONVERSATIONAL TOPICS | Text 1A. Russia | Text 2A. Capital of our country | Text 3A. Geographical position of the Urals | Text 3E. Education and new technological projects | Read text 3F and translate it. | Text 4A. Krasnoturyinsk | Text 4B. Severouralsk | Use the questions below text 4B as a plan and tell about Severouralsk. |