FINDING THE WAY OUT OF BIODIVERSITY LOSS 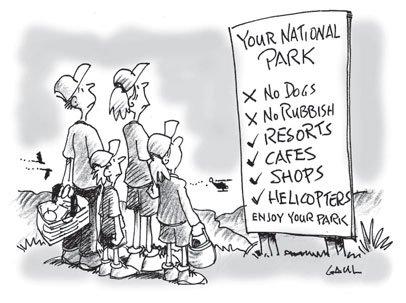 «I urge all Governments, organizations and

individuals to renew their efforts to

The loss of biological diversity may take many forms but the most dramatic aspect is the extinction of species. The extinction rate depends mainly on environmental changes and the possibility of species to adapt to these changes. In the recent years, species extinction caused directly or indirectly by humans occurs at much higher rate than the natural extinction. The International Union for Conservation of Nature (IUCN) notes that many species are threatened with extinction. In addition,

At threat of extinction are:

· 75% of genetic diversity of agricultural crops has been lost

· 75% of the world’s fisheries are fully or over exploited

· Up to 70% of the world’s known species risk extinction if the global temperatures rise by more than 3.5°C

Causes of the problem:

Many past and present research efforts and models exist to not only measure the extent of biodiversity loss, but also its causes, as well as associated environmental, social and economic impacts.

In recent years, several studies on global biodiversity loss have been carried out. These studies described the biodiversity situations at that time, or used expert opinions to estimate potential future impacts.

There also policy frameworks that are designed to safeguard biodiversity that usually have an international scope such as the Bird Directive, the Habitat Directive, the conventions of Bonn and Bern, CBD(The Convention on Biological Diversity), CITES(the Convention on International Trade in Endangered Species of Wild Fauna and Flora, also known as the Washington Convention), Ramsar etc. However even where extensive legislative frameworks exist, biodiversity policy is far from successful. One of the underlying reasons is the failure of actors at all levels to make decisions that are in the best interests of ecosystem functioning. Failure of actors include, among others, a lack of political will of governments, a lack of international cooperation on this issue, poor implementation of measures and inadequate involvement of all stakeholders.

Understanding the causes of biodiversity loss and the policy assessment framework 83 is implemented by assuming full conservation of the respective forests according to the WCMC (World Conservation Monitoring Centre) scenario. Deforestation of large areas can be avoided with increased protection areas as they are currently not protected in those countries where forest cover dominates, such as the Democratic Republic of the Congo.

The protection scenarios were calculated using the G4M model which assumes exogenous prices and does not account for regional or global leakage. Thus, the baseline emissions in the scenario including protection are most likely underestimated in the sense that one can argue that the difference between the baseline without protection is the true baseline and protection is already an additional REDD (The United Nations Programme on Reducing Emissions from Deforestation and Forest Degradation) measure with specific geographic targeting to conserve biodiversity.

To explore some of these interactions in more depth, one only needs to review one of the overall goals of the UNFCCC (The United Nations Framework Convention on Climate Change) “conserving natural terrestrial, freshwater and marine ecosystems and restoring degraded ecosystems (incl. their genetic and species diversity).

This goal is essential because ecosystems play a vital role in the global carbon cycle and in adapting to climate change, while at the same time providing a wide range of ecosystem services that are essential for human well-being and the achievement of the Millennium Development Goals.

Development of an international market for ecosystem services in which the benefits of ecosystems are captured, valued and paid for to mitigate the negative effects on biodiversity from development projects is one method of capturing and allocating the benefits of biodiversity conservation. This requires close cooperation between ecologists and economists in order to obtain acceptable valuations of these services, and moreover requires strong institutions to implement regulatory control. To develop an international payment system of ecosystem services will require payment for example through the World Bank or through regional development banks to those parties affected, and will require suitable methods for host countries to apply for compensation, control and enforcement. Adequate enforcement of current biodiversity policy is also highly recommended, and will make it possible to implement conservation strategies and agenda’s more effectively. Protection of conservation areas (with financial or land compensation for the local/ regional/ national human populations) requires adequate enforcement (somewhat like blue helmet UN interventions against poaching).

Addressing the underlying causes of biodiversity loss can be done using currently available knowledge and by following a process similar to the framework that has developed out of the need to address climate change, i.e. learning from a world-wide “neutral” IPCC-like initiative. The process of raising awareness of the economic, social and environmental value of biodiversity is underway in Europe with the TEEB (The Economics of Ecosystems and Biodiversity) process being an important example. Making sure the value of nature, ecosystems and biodiversity is profiled as highly as climate change has been in recent years will create a global platform from which further development of solutions can be pursued.

Long-term education of the importance of biodiversity is another option that should be pursued by the international community. Teaching the next generation (including school children and students) about the complexities of the world economy, ecosystem services, ecological footprints and inequality etc. is required to make sure the actions required to stop the halt in biodiversity are met now and in the future. Educational material is plentiful, expertise is available and current staff at schools and universities can easily be trained. However, this approach also requires adequate financing of education in developing countries.

There are positive developments as well that are happening as current initiatives in the market place such as green banking and green investment seem to be sensitive to the “image” of environmental awareness etc. As with the climate policy framework, awareness is only one step. Enlightenment and recognition of the social and economic value of conservation and sustainable use of resources are the next necessary steps. This must be done by engaging consumers directly and influencing citizen and consumption behavior in order for the positive effect to be felt in the market place and hence to make a difference on the ground where biodiversity is lost. To influence consumers, there is a world of advertising psychology available which is more frequently being used in retail products, but could be exploited much more by societal actors.

Hence, the notion of addressing the underlying causes of biodiversity loss is to operate at all levels of society, and at global, national and local levels. Policy makers, administrators, businesses and consumers have to employ the best available means to disseminate knowledge and create awareness of the biodiversity issue. It seems there are no clear cut solutions to the on-going decline of the diversity of life on the planet, only directions to develop solutions.

Here are some useful links:

Some video to watch: