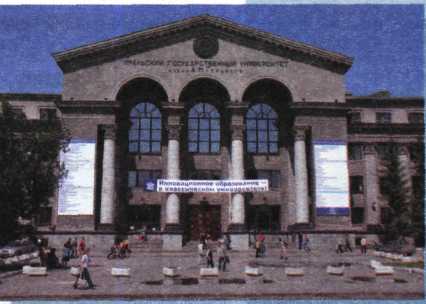 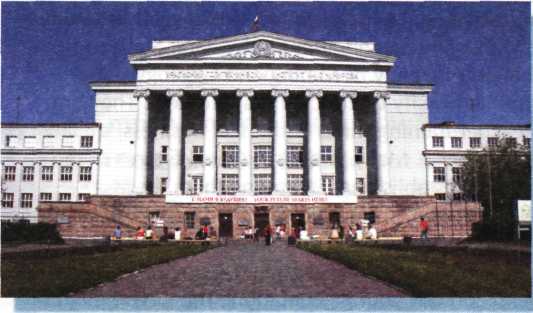 The Urals is called a scientific region. There is the Urals Scientific Centre of the Russian Academy of Sciences in Yekaterinburg. There are more than 120 research institutes, 18 higher educational establishments, among them: Ural Federal University, Ural State Medical Academy, Ural State Academy of Mining and Geology, University of Education and others. They are particularly known for teacher training, links with local business, quality and professionalism of the courses. Many famous political figures of the present were students of these establishments, among them the 1st President of Russia Boris Yeltsin a graduate of Ural Polytechnical University. So, it's possible to acquire good education and become a highly qualified specialist in the Urals.

Our good future depends on our young generation. The government of our region pays more and more attention to the problems of the youth. But much depends on the youth itself, on their responsibility, self-education and understanding.

Our youth takes part in a number of interesting international projects. Students of Ural State University publish a ‘Newsletter’ magazine in English. This magazine contains information about youth creative groups, different organisations in the Urals, the projects of peace camps and public relations. Due to the project of the Youth Labour Exchange the young people of our region have an opportunity to find temporary and summer jobs abroad. More and more pupils of senior forms take part in the annual contest arranged by the American Council. The best of them go to one of the US's colleges and study there together with the other foreign students during a year. With the help of the British Council Students Exchange programme many Ural students can visit England and master the language living in families of native-speakers. The number of prizes which the students of the Urals get every year at international Olympiads in different subjects show that our youth is well-educated and its potential is great.

Scientists and specialists are involved in realization of new technological and engineering projects. One of them is the construction of two fast-neutron reactors of the BN-800 type (one at the Beloyarsk site, the other at the South Ural site). There are many reasons to proceed with this construction in view of the confidence in the minimum effect of BN-800 on humans and environment as compared to other reactor types. Reconstructed and modernized, Pervouralsk New Pipe Plant is one of the largest enterprises in Russia's pipe production industry. The quality of its items has been certified by the German Technical Survey Association and the American Oil Institute.

The Urals has always been known as ‘a Military Complex’. Such world-known enterprises with powerful technical and intellectual potential as ‘Uralvagonzavod’, Kalinin factory, Izhevsk Mechanical plant produce military equipment, launchers and anti-aircraft missiles for army anti-defense (AAD) and gas weapon. The International Exposition of Military Equipment and Defense which takes place in Nizhny Tagil every July since 1999 attracts attention of the Governor of the Ural region and the President of Russia. The production of our plants arouses great interest and the exposition is attended by representatives of more than 23 foreign countries and 17 regions of our country.