Recent increases in computing capacity have enabled the migration process to be applied before stack, i.e. on the vast amounts of data collected in the acquisition phase. This pre-stack depth migration (PSDM) application is critical in areas with complex geological subsurface structures, such as around/below salt domes and other high-velocity layers. This has led to the first reliable seismic images of sediments located below such complicated overburden structures. 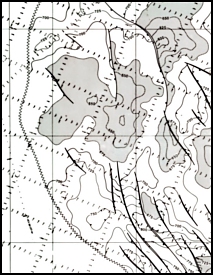 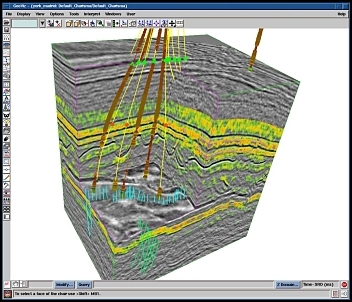 Because of the greatly improved seismic resolution of 3D seismic imaging, there has been an effort to reduce the cost of 3D data acquisition and shorten the time it takes to acquire and process the large volumes of data acquired. In the past it could take up to 24 months to process the recordings from a 3D survey. Acquisition time has been cut by specially designed survey vessels deploying up to ten multiple streamers at a time, or by using multiple vessels. These techniques allow a swathof seismic data to be acquired in the same time it previously took to record a single 2-dimensional line. Specially designed paravanes steer the cables away from each other. Their design reduces the drag of the streamer array, which ordinarily would be sufficient to stop even quite a powerful vessel. Modern streamers have multiple global positioning system (GPS) sensorsthat constantly record the position of the streamers relative to the vessel and the earth. 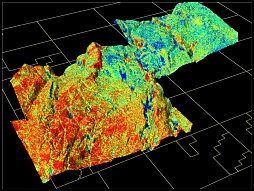 New techniques of data compression are being tried to allow the transmission of the raw seismic records from the acquisition vessel to the shore for immediate processing, in an effort to get the data to the interpreters faster.

Improved resolution and reduced acquisition/processing times have opened up the possibility of shooting seismic at different time intervals over the same area of a producing field, in order to detect changes. These changes with time will clarify how a field is behaving by revealing exactly where the fluids are or are not moving, or by revealing changes in pressure in different parts of the field, thereby indicating how production might be improved. This is the so-called 4D or time-lapse seismic, where time is essentially the "fourth dimension". Results in recent years have been quite astonishing. 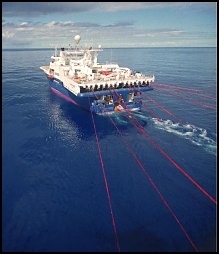 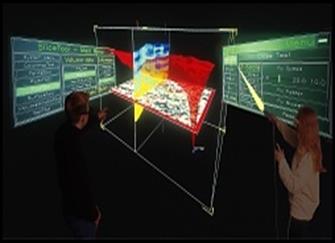 If seismic is to be acquired at regular intervals over the same field, then it can be economic to permanently install an array of hydrophones on cables buried just beneath the seafloor. BP has done this in the Foinaven field, for example, with the aim of shooting over the array with a seismic vessel once a year.

Another recent development is that visualisation has been taken to a new level with the advent of Virtual Reality rooms, allowing 3D subsurface images to be displayed on large screens and to be viewed from almost any angle. Different development options, such as the impact of various drilling targets, can be simulated. Much of the benefit of this approach stems from the fact that communication and understanding are greatly enhanced when multi-discipline teams meet whilst "immersed" in such an environment.